I would like to call it a paper tube challenge.

How to drop a paper tube in the air, and let it stand still on the table? 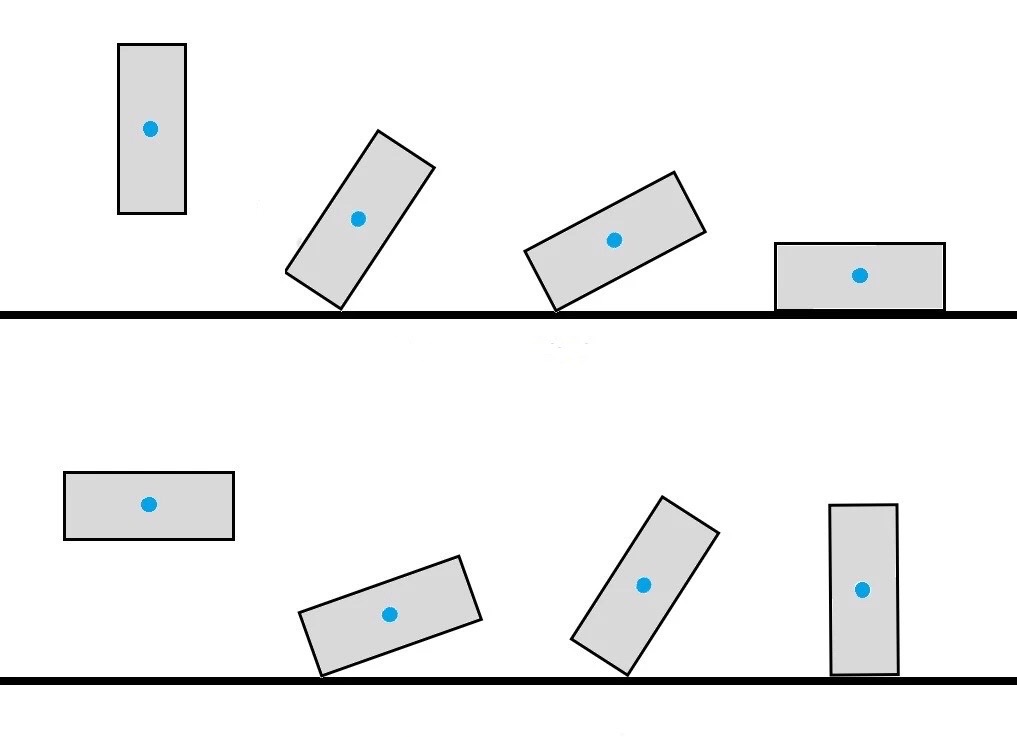 The second graph on the bottom shows the motion of the tube if we drop it horizontally. We also focus on the motion of the blue dot. After hitting the ground, in this case, the blue dot is getting higher and higher, so the speed will be smaller. Then there is a possibility to let it stop spinning, and stand on the table vertically.